I haven’t been feeling particularly confident about the status of my swim fitness with the NEK Week Swims looming on the horizon. After my 10,000 yard swim back in early April, I messed up my shoulder and never quite got back in the groove again. My trip to the San Juans included zero swimming, and my planned 10km qualifier swim keeps getting pushed and pushed because of events or temps or this or that.

However, it just so happened that a few weeks ago I quit my job and find myself with 2.5 weeks of unplanned vacation. What to do….

I’m afraid to say it, but my goal for Swimpalooza (which started last Thursday), is to swim every day until July 8th. So that’s 18 days of swimming in a row. I’m shooting to swim at least an hour day, mostly open water, punctuated by much longer swims.

So far so good; in fact I finally achieved a goal I set for myself at least a year ago: swim around Ross Island! I was hoping that would be my 6 mile swim, but I was just shy at 5.5 miles. But, I swam it skins, and I even avoided using my tow float for feeds for the first time.

I was very prepared for a hard day in the water. I imagined myself having a huge mental struggle, perhaps having some kind of personal breakthrough as I inwardly fought to be fully present while going through intense suffering. 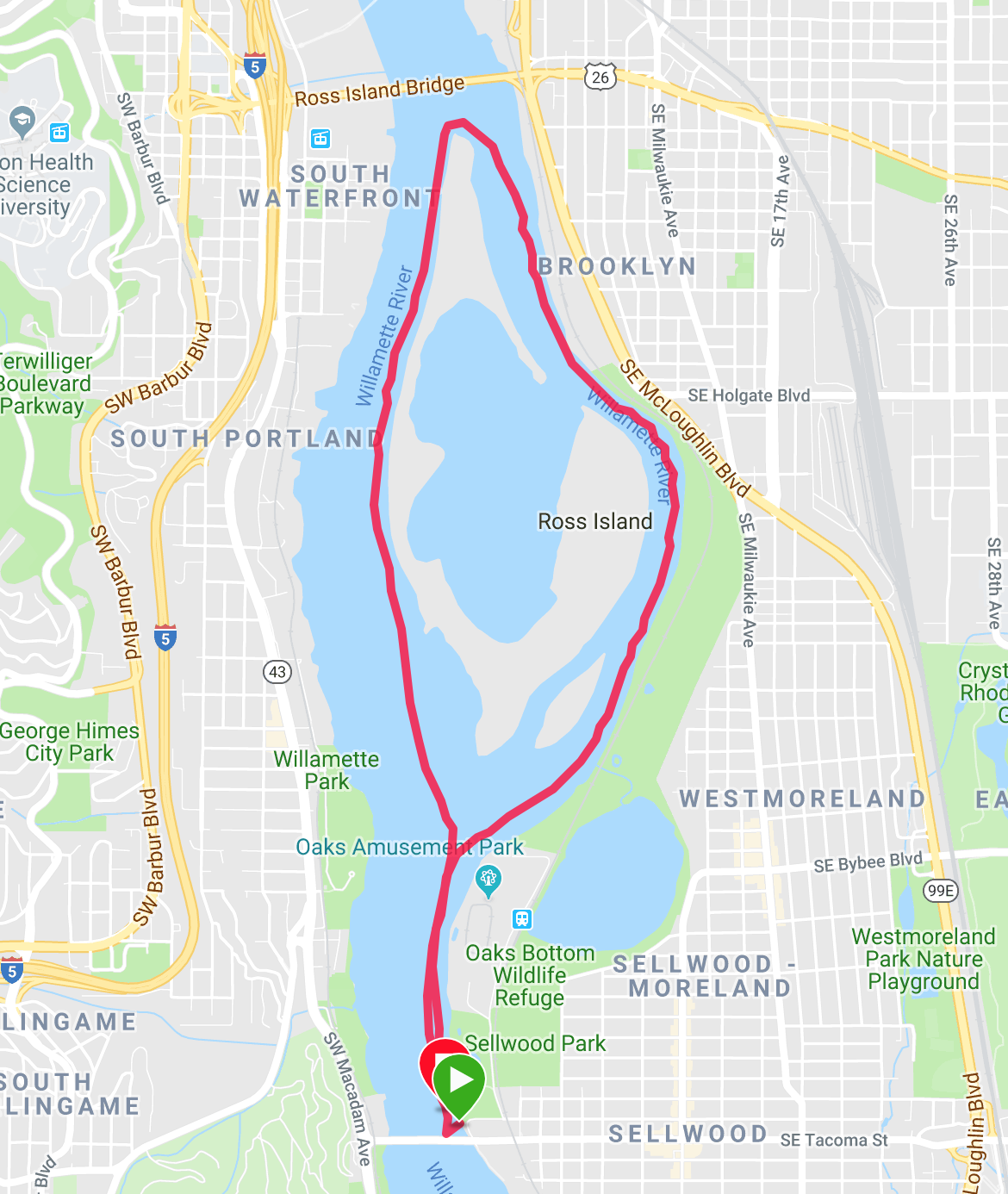 Well…. it was, how to say it, not hard. I don’t know if it was not hard because I had mentally prepared myself or what, but I 100% focused on having great form. I actually occasionally did some drills to remind myself of what good form feels like, and I was as present in the moment as possible. As such, I had no real problems at all and mostly stayed the same speed the whole time without falling apart. I was tired at the end, my left shoulder was just starting to hurt a bit, but otherwise I wouldn’t say at all that I was suffering, or even particularly cold.

One thing I did learn was that I need new feed bottles; my attempts to drink out of a large, open mouth thermal mug just caused me to get leg cramps trying to stay afloat enough not to fill the thing with river water. I also learned that hot water + 1/3 c of maple syrup + salt is the most delicious feed ever. Not sure how that would work cold, but I’m definitely going to try!

Normally, I would not swim the next day after such a big event; my arms were very tired and sore, and I would be afraid of pulling something. But Swimapalooza. So I went to the pool, and guess what I did? Drills! And by the end, my arms were no longer sore and I felt right as rain! What’s the solution to swimming too much? … more swimming!

Today I was out at Hagg Lake with the Merfolk and swam an hour with them, and then another 30 minutes on my own. The water was luxuriously warm, definitely over 70. I wanted another hour, but I became intensely hungry. I didn’t want to bonk out in the lake by myself, so I came back. 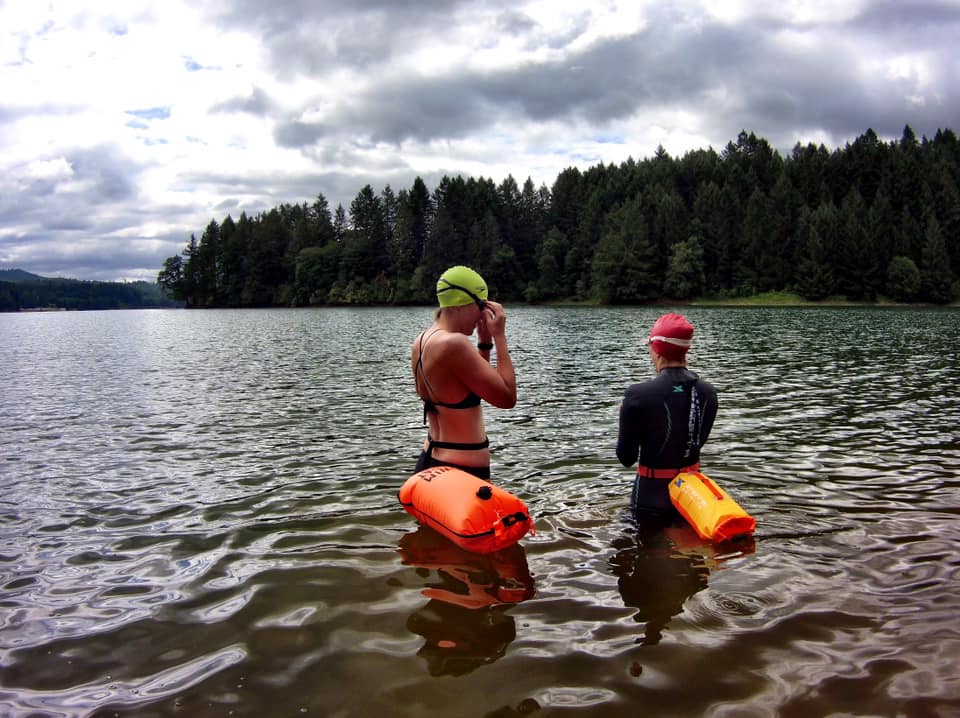 Leading out the swim!

I had a gel flask with me at the shore, I could have gone back in but…I don’t know. I have a really hard time going back out once I’ve come back in, which is why I almost never do loops. I like to be fully committed, I like to be stuck out somewhere with only one option: suffer through and get back. That’s generally how I’ve ridden my bike, but swimming feels a very different. Especially alone. When you’re sad and tired on a bike, you can just pull over at any time and rest. Worst case, you could phone it in (not that my ego has ever allowed for that). If you’re in the middle of a lake? Not so much. I suppose you could attempt to wave down a boat, but I would not want to depend on that.

So lesson: ensure I have the fuel I need for the swim I’m hoping to do, and if I have to do laps, do that dang laps.