Normally we swim mid-morning, but this day was a bit different, we met at the beach at 3pm. This was most people’s first time here, and I was happy to show it off. I always thought it was the perfect beach for cold water swims with its long, visible beach with a gradual entry, and clearly defined boundaries in the water that keep the boats out. It doesn’t hurt that it’s much closer to my house.

I had already swam in the morning (in the pool), and continued to suffer from some shoulder anger, so I had low expectations as far as the actual swim went. I had been suffering from stomach pains the last few days, and questioned going at all, but I felt somewhat obligated to go, as it was in North Portland and I had been talking this place up. So yeah, I wasn’t in a great mood. It was also the first week I didn’t swim in the river during the week, so it seemed ages since my last cold water dip. DJ came and brought the dogs; he seemed on edge since the only other time he’d seen me swim I had my only rough recovery, so I had that on my mind as well.

Despite the fact that the temperatures had actually gone up, it felt colder (not just me!). I questioned if I would actually get in when I stood in the water, knee-deep, staring at Anita who was already long gone, heading downstream. I always went upstream first, which looked like Margot’s plan as well, so I started my watch, and in I went.

The swim was fairly unremarkable, and I got out pretty early. I could have swam more, I just didn’t feel like it with everything going on, and my body generally in an unhappy state. So that was the end of that. My recovery was fairly smooth, my feet continuing to be the main source of pain.

It’s hard not to push it, I feel like I’ve backed way off on my time in the water, but I think it’s just going to have to be how it is if I want to keep doing this. If I start pushing it and having bad recoveries, it is likely I’ll burn out and stop doing it all together.

This was an interesting day; there were two swims. One at 8am and one at 10am. Originally I said I would paddle for the early birds and swim at 10, but I woke up feeling pretty crappy. I decided I would probably not swim at all, but I brought my stuff just in case. When I opened the door to leave, it was full on raining. I grabbed my rain gear and set forth.

Thankfully it was dry in Milwaukie, and we set off for a few laps when I arrived. It was just below 40, and I finally had a chance to wear my thermal neoprene swim booties–on my paddleboard of course, not actually swimming, that’s silly. 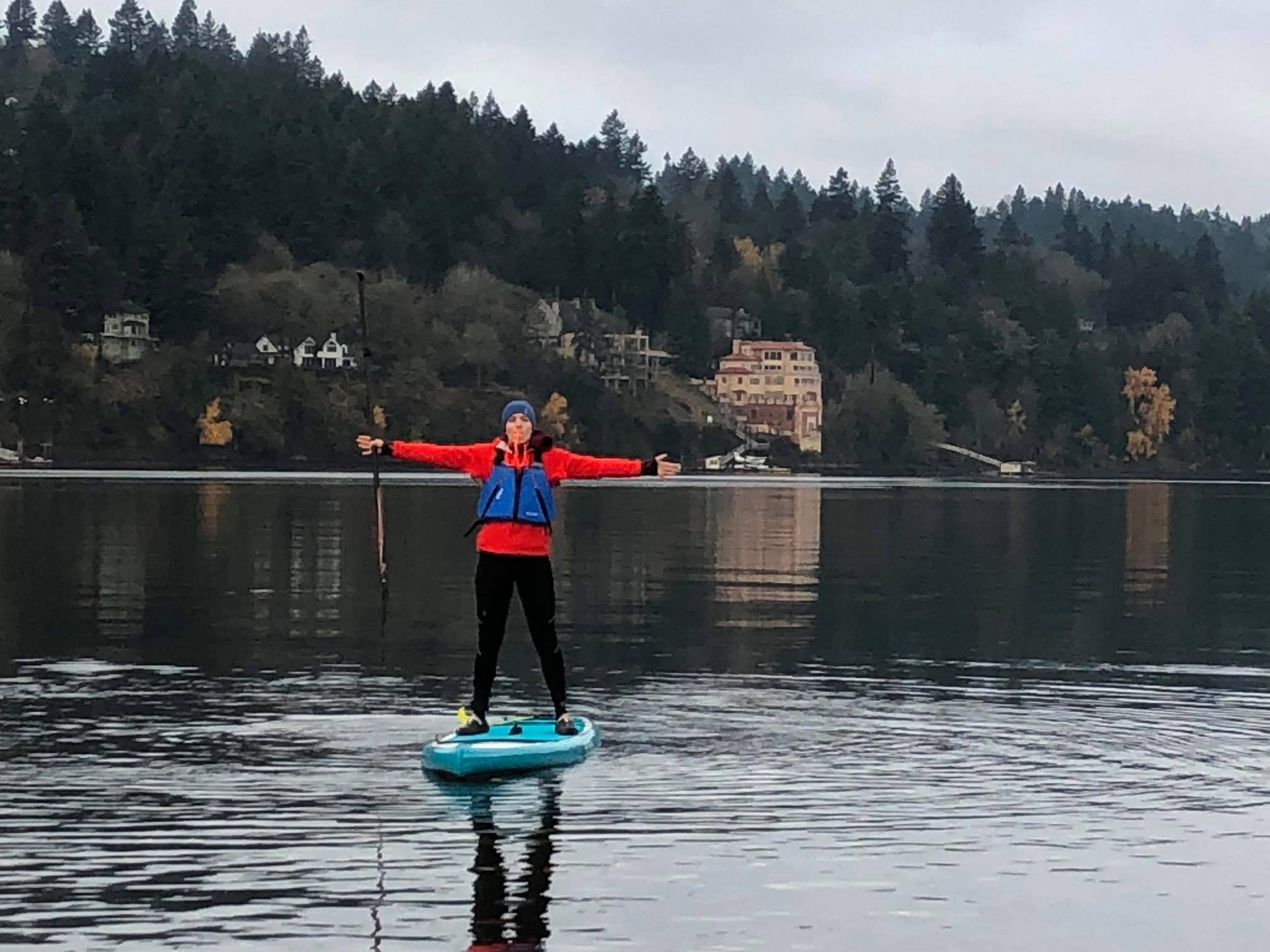 After everyone came in, I set off on my SUP and paddled for an hour, which was quiet, pleasant, and everything I could possibly hope for in an early December paddle on the Willamette. Truly the best time of year for water sports, the only other people on the water were a handful of rowers.

When I got back the few of us hanging out for the next swim chatted and hung about, which gave me the chance to get very cold. By the time everyone was getting ready to get in the water, there was no way I was getting in. So I paddled again, despite frozen feet.

Once everyone was in, I stared longingly at the water and did a bunch of jumping jacks and in-place dancing to try to generate some body heat. Once I felt warmer then very cold, I shed my clothing, grabbed my cap and goggles and in I went. I said was “just going in for a dip”, which of course turned out to be a lie. Note to self: grab all the gear, even for a dip. I didn’t take my ear plugs, which was a mistake. 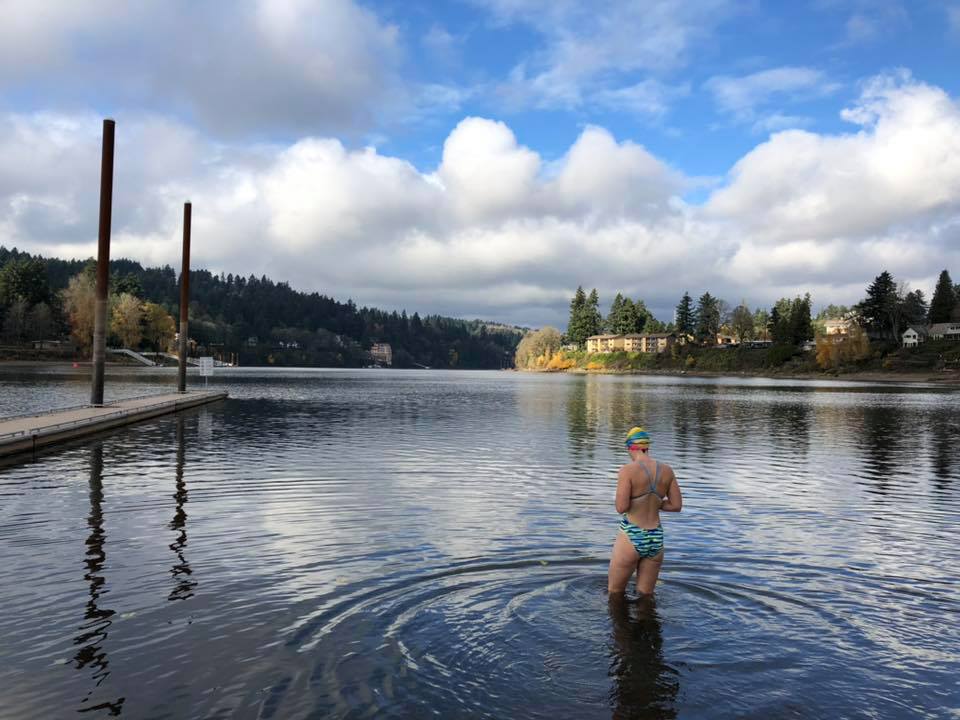 I also forgot my swim buoy, so when I realized I felt pretty good, I swam back and Cindy threw me one. I was very disoriented without my ear plugs, so I decided not to swim out very far. I felt great other then that, so I was a bit mad at myself for that blunder.

I didn’t think I would really need to rewarm since I just went in for a “dip”, well my dip was longer then the swim the day before, so shiver I did.

A few other people swam over 30 minutes, which is just incredible. I could definitely swim 20 at this temp, I think even 25. But it won’t stay this “warm” for long, with lows getting well below freezing this week.