My complicated relationship with running

The very first time I recall trying to “go for a run” was when I was maybe 11 years old. I thought I was fat and needed to lose weight. I won’t really go into how messed up it is that an 11 year old thinks this, but I did, and so I began running. The first few times I went, I could barely make it around the block.

Every year we had to run the mile at school, and every year I mostly walked it. In 7th grade I miserably failed everything on the presidential fitness test, and after that I finally decided enough was enough. I trained for it, including finally becoming limber enough to touch my toes. I ran an 8:30 mile in 8th grade. It was a crowning achievement.

It wasn’t until college when I really took up running again, again because I thought I was fat. The elliptical machine and the treadmill were my besties while I lived on campus; when I moved off campus I started running outside. Nearly every morning I ran up the bike path in Tryon State Park, and I learned the glory of being outside early in the morning, my only company the birds and a few other runners and walkers.

My senior year of college, while doing two senior projects (as a double major) and working part time, I decided it would be an excellent time to train for a marathon. On the weekends I ran with a marathon training group, every weekend my mileage creeping up. I read Runner’s World and did shorter races with the Shamrock and the Sauvie Half.

I graduated in May 2005 and ran the Portland Marathon in the fall. My goal was under 4 hours. I had done the Sauvie half in 1:50, so I thought it was possible, but I had never done any endurance event so long before. I had started suffering from some knee pain a few months prior to the race, but nothing to keep me from doing the long runs. I mostly just ignored it, and figured it would go away. Wrong.

I had this idea that I would run the first half slowly and the second half faster, as I had done in the half. Unfortunately, I got all excited as newbies do, and I went out way too fast. I felt great. I ran up onto the St John’s Bridge, still felt great. In was somewhere around mile 22 when things started to fall apart. My knee started telling me to fuck right off. Then the descent blew up my quads. I mostly walked to the finish, and ended up with a time of 4:20.

I kept running, but the knee pain stayed with me, worse then ever. It got worse and worse, but I had the world’s worst health insurance and made $8.50 and hour, so I wasn’t about to try to see a doctor. So I just kept running on it, although I admitted it was unlikely I would be able to do another marathon. I checked that item off my bucket list.

I was a bike commuter, so I decided I should do triathlons instead. The runs would be shorter, and I would be able to get more variety. I trained like I was going to do an Ironman, but ended up only being able to do 2 sprints; my knee pain was getting so bad I couldn’t do more then 3 miles at a time.

I got a better job and saw a physical therapist who said I had IT Band Syndrome. And so began years and years of doing every exercise known to man to treat it. I did side leg raises, more clamshells then any one person should do, I did squats and side lunges, I did everything. Nothing helped.

Over the last decade I’ve seen 4 of 5 PTs who all said something similar, and I have slowly given up on running. Once in a while I would try again, only to find that familiar pain waving hello. It became apparent that “rest” wasn’t accomplishing anything, and probably bike racing was aggravating the issue. I ended up having knee pain on the bike at various points; after a couple of years I had to stop seriously training for cyclocross, because half way through the season I would became unable to walk down stairs. 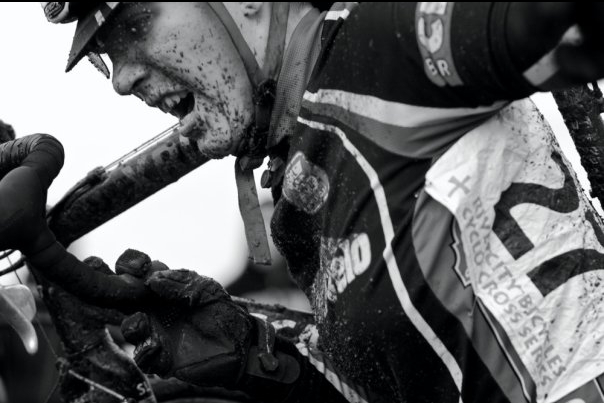 back when I took this seriously, circa 2008

The thing is, I love running. Being out on a trail, it’s a similar kind of zen that mountain biking can have (minus the fun descents). I love running when I’m traveling, it’s a fun way to see a new place that feels really different from walking. I love running for its simplicity; all you need is a pair of shoes, some would say not even that.

So it was with some trepidation that I decided to start training for a half Ironman, fully aware that I may have to give it up midway through if things go south. I saw an orthopedic surgeon last year who told me my knee wasn’t tracking well and I would probably need surgery if I wanted to run more then a few miles at a time (I took that with a grain of salt). Then I saw a PT again and had my running analyzed. I run weird to one side and my legs are too close together, etc etc. Basically, my form sucks. I’ve been doing strength training for years, and I’ve been focused on activating all the things that I tend to let be lazy (my glutes, my core, etc). And yet this has not been enough.

I started running with some regularity last summer, but really kicked it up a bit over the last two months. Every single time I run, all I think about is form. My brain is on an endless cycle between Glutes. Core. Circles. Be light. Shoulders down. Glutes. Core. Repeat. The second I stop thinking about it is the moment that my form breaks down and my knee reminds me of its existence. So I straighten up again. _Glutes. Core. Shoulders Relax. _

When I walk the dogs, when I go up and down stairs, whenever I’m on my feet, I think about my form. It is relentless because I have to re-teach my body how to move.

It wasn’t until last week that suddenly I found myself out on a run, and this form started to feel natural. I was still concentrating on it, but it started to feel like the way my body wanted to be, instead of the way I was forcing it to be. And I felt fast. I felt strong. At least for a couple of runs. 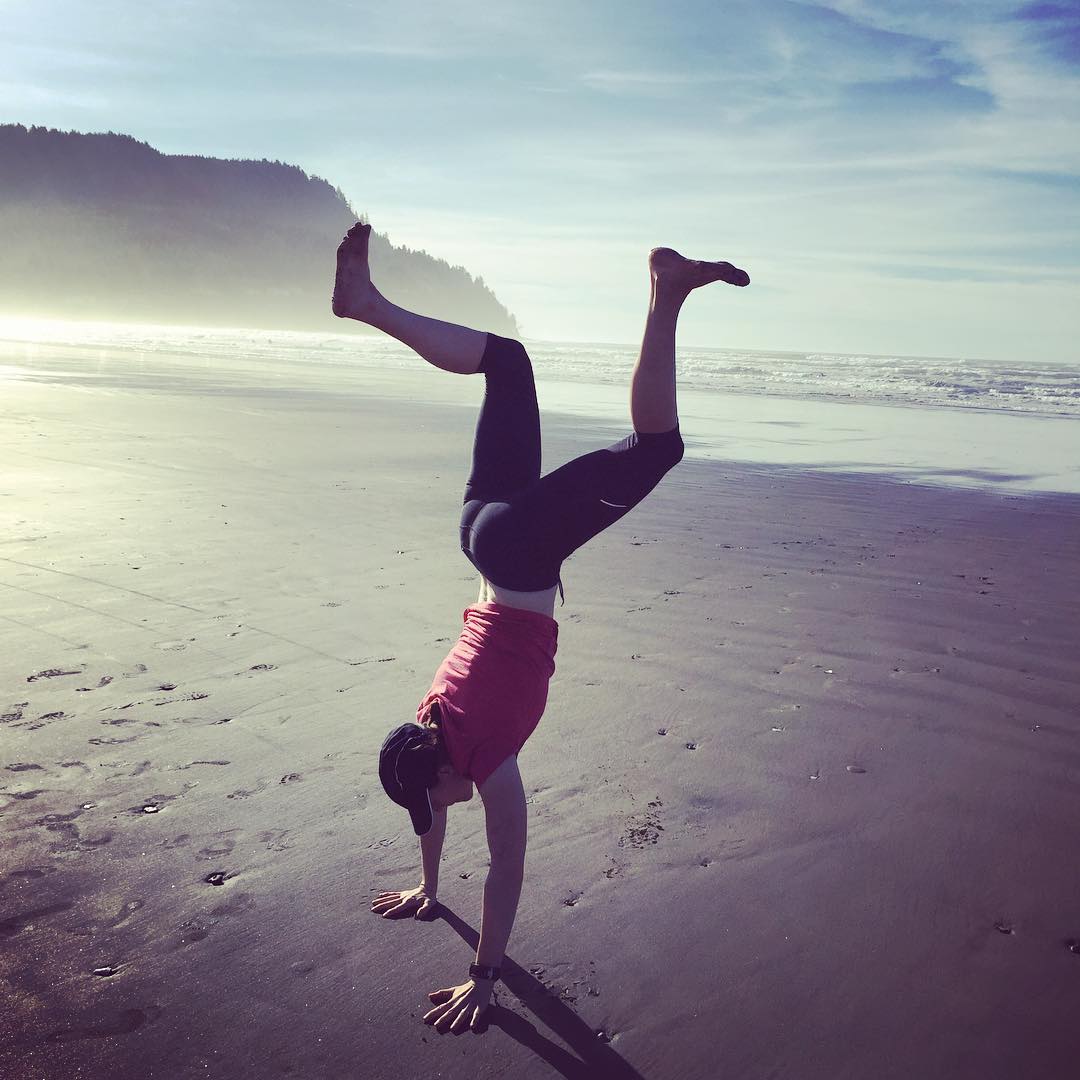 So excited to run I can’t contain myself

I read articles about IT Band Syndrome, and they all say the same thing. Do these 5 exercises for a couple of weeks and you will be cured. They are meant to strengthen the weak bits so your form doesn’t break down, but if you have bad form to begin with, I don’t quite understand how they are supposed to help you. They certainly never helped me.

I’m not over it; I am still run-walking and if I go too fast or too far the pain is there to greet me. But I think (I hope) this new approach is working. At this point, I’m doing the race no matter what my knee thinks of the situation, if I have to walk the run, so be it.